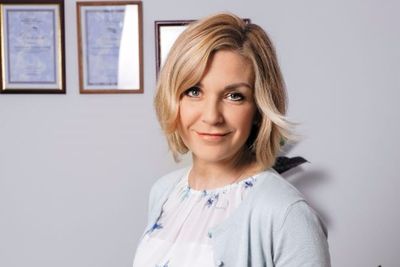 Today in our 8h issue of the podcast I talk with Ekaterina Grebennikova, HR Director for Russia and CIS, Takeda.

We talk about Ekaterina’s life story, and how she made a brave career step: from known to unknown, from a successful corporate lawyer to the HR Executive.

By listening to the podcast you’ll find out:

Ekaterina’s motto is “Just do it!” Sounds familiar? She lives with it every day.

Ekaterina is from Russia. She is a graduate of Moscow University, Law department, and has got an Executive MBA degree. She started as a lawyer in a big Russian company, Gazprom, and joined Takeda (Nycomed at that time) in 2007 as a lawyer. She has taken over the role of Legal Director in 2008, and then with the establishment of compliance function in the region her role was broadened to Legal and Compliance Director with CIS responsibility.

In 2015 Ekaterina has moved to HR, becoming HR Director with responsibility for Russia, and since April 2016 – for CIS Area. Ekaterina is married and has got 3 children.